The Women of Lemuria: Ancient Wisdom for Modern Times 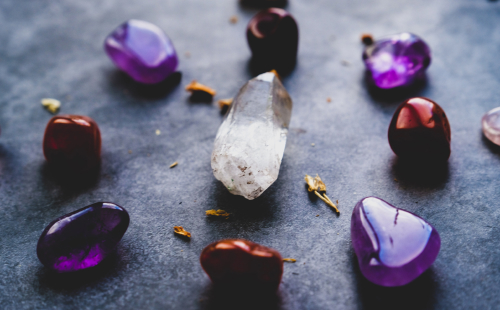 What do you know about Lemuria? Is it possible that such a place existed? Information about Lemuria is elusive and often contradictory. It has predominantly been described as a mythical place or a lost continent, somewhere in either the Pacific or the Indian Ocean. It’s quite fascinating to me that most myths and legends are based on actual events, as this one is. Perhaps, the biggest myth linked to Lemuria is that of Atlantis.

The fabled island of Atlantis enjoys legendary status within mainstream films and literature. In addition, many people from around the world believe they had a past life in Atlantis. Why is Atlantis remembered so well while Lemuria is shrouded in seeming obscurity by comparison? The answer is complex. However, the main reason is that Atlantis is attributed to the way our Akash works.

Our Akashic memories are felt and experienced energetically and not in a linear fashion. Our Akash sees the significant events we have experienced as “one past and one history.” So, the origin of a connection to Atlantis is actually rooted in a profound experience of Lemuria and the subsequent attempt at recreating that unforgettable exploit.

The islands of Hawaii are now what is left of ancient Lemuria. Those who participated in the Lemurian experience lived there during a time when the entire mountain was one big island. This is unlike today as there are many islands, which represent the peaks of one mountain. The Lemurian mountain was the product of a bulge created by the active magma near the surface, which pushed up the land forming a mini continent. Eventually, the bulge receded and the Lemurian mountain began to sink into the ocean. Within the Akash, this event was recorded as a “sinking island” experience.

The profound imprint of living in Lemuria created an Akashic drive to recreate living on a volcanic island with an enlightened society. Given the dynamic nature of volcanic islands and their susceptibility to natural disasters, many Lemurians have undergone a “sinking island” experience numerous times. The result is a strong connection to life in Atlantis.

However, there is something even more profound than the Akashic remembrance of a “sinking island” experience. Lemuria was the first isolated, enlightened, and aware civilization on the planet. It was not an advanced civilization in terms of technology, but instead, it represented a culture that was advanced in consciousness due to the profound teachings of core spiritual truths given by the Star Mothers.

Who are the Star Mothers? They are the ones who came from the Stars, specifically the cluster known as the Pleiades. Such a statement sounds fantastic, almost like an elaborate plot in a science fiction movie and yet, this is the creation story given by Kryon and many indigenous tribes all over the planet. A more popular description of our Pleiadian origins is known as the Seven Sisters’ creation story. For many indigenous people, the Seven Sisters represent the ancestral beings who came from the sky people and descended on Earth.

For those of you who still feel this premise is ridiculous, compare this to the idea of an angel coming into a garden and giving the knowledge of dark and light to two Humans…the Adam and Eve story.

According to Kryon, the Pleiadian Star Mothers came to Earth for two reasons: (1) to give us divinity and (2) to impart their wisdom and knowledge through their teachings. If you’ve never heard of Kryon, the simple explanation is that Kryon represents a loving group energy that is channelled by Lee Carroll, the original Kryon channel, who has been delivering profound messages to humanity since 1989.

The Women of Lemuria is a subject-driven book that reveals our divine origins and the wisdom and knowledge imparted to us by the Star Mothers. The channeled messages of Kryon bring Lemurian culture into our modern-day world.

We know now that within our global family of humanity, there is a slow awakening to ideas and concepts that will propel us into a bright future filled with benevolence. A time ahead where the new human nature is one that seeks compassion and integrity above anything else. A forthcoming reality where the idea of war is relegated to past societies that existed during a barbaric era, which will be long forgotten.

The purpose of The Women of Lemuria is to rekindle the Akashic remembrance of our Pleiadian DNA. Whether you are male or female, the spiritual seeds within you, planted by the Star Mothers, are ready to blossom. It is time to reawaken the divine feminine essence of compassionate energy. In the words of Kryon:

“Let your love show in ways that are gentle and pure. The changes you make will be from taking the high ground and being the compassionate ones of the future. The system of old energy will crumble at your feet, while you send light that breaks up the very foundation of old systems that say one thing, yet do another. Let your presence be known as the ones whose light will remain pure while established religious systems show their dysfunction. Be the Shamans of the future and show the way. Let the planet know that the female is equipped to bring guidance and teaching and love to all humanity—a return to the way in which it was designed.”

Love and blessings to you all,